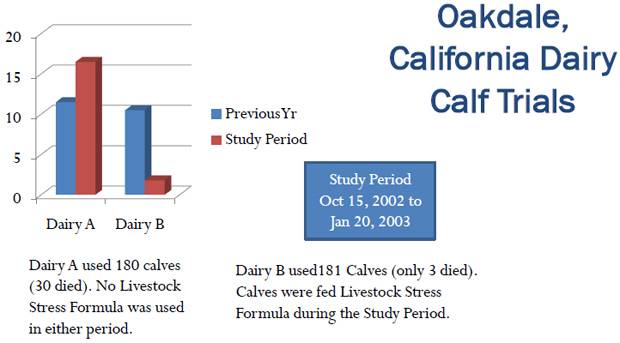 This study took place in Oakdale, California with two dairys located 5 miles apart. Both operations have very similar genetics, use the same calf raiser and have had similar illness and death rates for their calves over many years. Ramaekers Livestock Stress Stable (LSSS) was delivered to both operations on the same day. Dairy A did not use the product at all and Dairy B used the product as directed.

Follow up: After 4 years of tracking this group of treated calves using Dairy Comp 305 the dairyman noticed several important points: