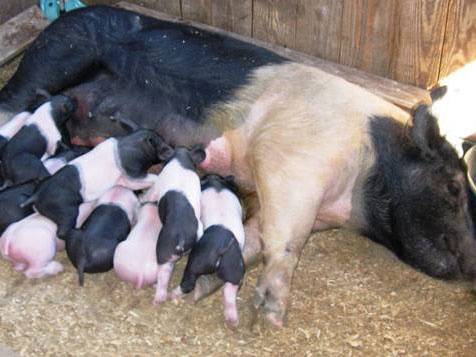 A swine study was conducted on 300 sows at a natural pig operation. All pigs were raised naturally with no antibiotics or vaccines. Ramaekers Livestock Formula was administered on day 5 and 6 before breeding and increased conception from 88% to 96%. Ramaekers Livestock Formula was administered to pregnant sows 21 and 7 days before farrowing and increased litter size from an average of 10.7 pigs for controls to an average of 11.2 pigs per liter for the treated sows. Death loss for the control group was 12.17% compared to 2.7% for the treatment group.