History:
Vaccines are current, mild ongoing gingivitis and prior sinusitis 2/8/08
Presented on 7/3/08 for physical exam and pre-anesthetic blood work for a dental prophylaxis.

Follow up:
7/10/08 - Recheck exam and follow up CBC revealed an unbelievable bone marrow response to the combined antibiotic and immune therapy. The owner reports that Maze is feeling much better. The owner has decided to continue oral immune enhancement supplementation based on his response to therapy.

Assessment:
In most clinical situations, we wouldn't expect the bone marrow to be able to respond in such a dramatic manner. But this is the type of response we commonly see when we add immunotherapy early in the course of traditional therapy. 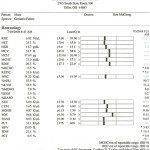 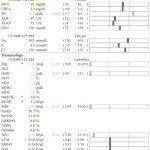